One Card for Everything With FW 2.30

Don’t buy new access cards for users in your next project. Use the ones they already have. FW 2.30 now supports Mifare DESfire EV2 cards. And that’s not all the new firmware offers. 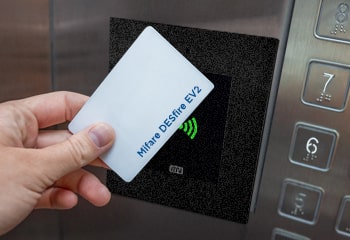 Support for other RFID cards

All our readers can now read the UID from Mifare DESfire EV2 cards. You will most often encounter the need to support this type of card on school campuses. Students now only need a single card to borrow books, pay at the cafeteria, and access the building. These cards are also often used for public transport. If the city uses this type of card, you will save your customer a pretty penny!

Choose from 17 languages on the intercom touchscreen display

Were your customers disappointed that the intercom touch screen was not in their own language? There’ll be less of these cases from now on. We’ve added 10 new languages: Danish, Finnish, Swedish, Norwegian, Dutch, Portuguese, Hebrew, Thai, Turkish and Polish. For the sake of completeness, the display languages that have been available for some time are: English, Czech, German, Spanish, French, Italian and Russian.

Would you like to ask about support for other RFID cards? Would you like to know everything the touchscreen display can do? Our experts will answer all these questions for you. Contact them right now.

Write to a sales rep

Previous one Next one