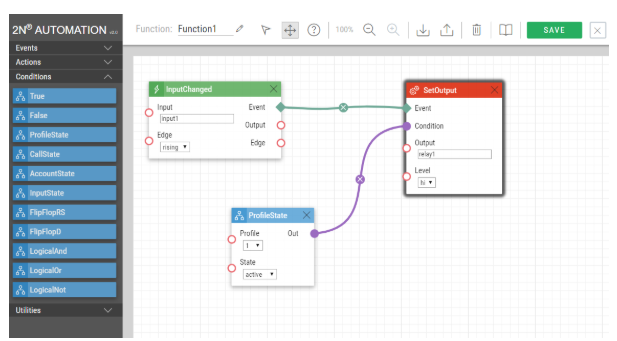 In order to gain access to the unlimited world of automation, all you need to do is purchase a Gold (9137909) licence. If you have a new intercom and want to try out all the things this section offers, activate a trial licence for 800 hours. You don’t need a licence for access control readers; those are already loaded into the devices.